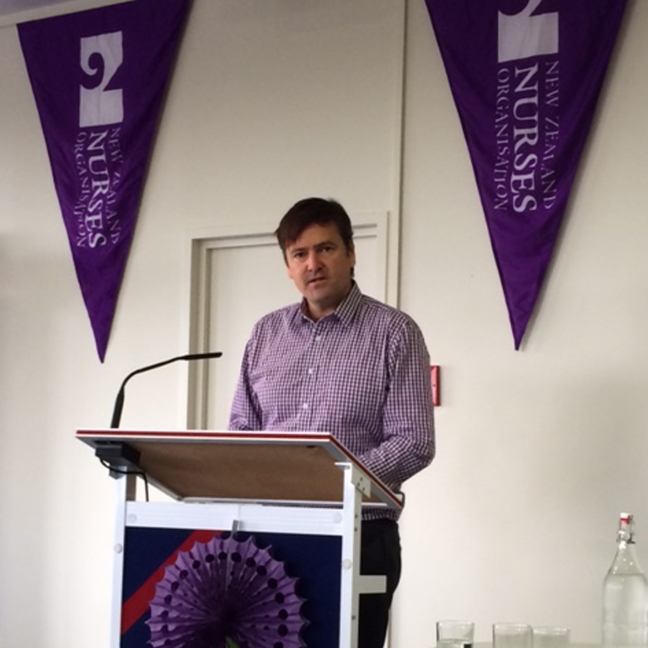 To Ranginui above, Papatuanuku below and the people in between, I speak.

I stand to support the acknowledgements to the Creator, the beginning and end of all things. I also greet Maungatapu and the River Maitahi (or Maitai).

I greet the Regional Council Chair, Joan, and the Rūnanga rep, Chanel. Thanks to you for your invitation. To the chiefs, Kerri and Memo, to the staff and all the leaders, greetings.

I hail from Dunedin. I grew up at the foot of Mt Cargill and by the Water of Leith.

I am the son of Don and Helen, descended from those arriving on the ship, Cornwall. My name is Grant Brookes.

Increasing the understanding of the professional and industrial nursing issues is the purpose of this convention. As the proverb says, it’s “To enhance and restore the mana and tapū of the whānau”. In sharing it, I also acknowledge the multiple iwi who belong to this place, and who share this whakatauki.

My invitation to attend today contained a request for a ten minute update from the President – enough time for just a few key points.

The theme of this Convention is, “Nurses a force for change: Influencing the health of our communities, impact and visibility”.

As I travel around Aotearoa, the NZNO members I meet tell me that the single biggest factor holding back their ability to influence the health of their community is short staffing.

It affects all sectors. But the place where we are best positioned to be a force for change right now is in the DHB sector. There, our MECA contains a mechanism to address short staffing – the Care Capacity Demand Management programme.

CCDM was created and sustained by all of us who took part in DHB MECA campaigns over the last 10 ten years.

Nelson Marlborough DHB has now recommitted to rolling out the programme. The Inpatient Unit at Wairau, and Ward 10, have recently completed the first phase of implementation (Mix and Match).

But CCDM will only succeed to the extent that nurses, through NZNO, remain a force for change within the programme. Your impact and visibility will be vital – especially now in Local Data Councils.

Here at Nelson Marlborough, we are aware of the DHB’s well publicised deficit against its annual plan and its savings drive. We are aware of long delays in filling some nursing vacancies. And we are aware of barriers delegates can experience in being released to participate in the programme. But we will continue to be that force for change.

At some DHBs, we have been told explicitly that CCDM was halted due to budget constraints.

This is the next area where nurses, collectively, must have impact and visibility if we are to influence the health of our communities. This impact must go beyond DHBs, across all sectors.

Government spending on health has failed to keep up with increasing costs and population pressures for each of the last six years. Health spending as a proportion of GDP has fallen since 2010. This is why we are all being pushed to be more “flexible”, and to “do more with less”.

When Kerri, Memo and I met with the Minister of Health in February, we signalled that Government spending on health is going to be a key campaign priority for NZNO, starting later this year and running into 2017 – which is an election year, and also the year we renegotiate the DHB MECA.

I believe we have already shown, at a local level, how nurses can succeed in making changes to government spending decisions.

Three weeks ago, it was announced that Canterbury DHB would receive a $20 million injection of funding for mental health services.

The way Health Minister Jonathan Coleman told it, he woke up the morning after the Valentine’s Day earthquake and realised that Christchurch would need more money for mental health. And a month later, hey presto! There it is.

But I think it has more to do with a community rising up, united in demanding that its needs are recognised. The calls came loudly over a long period from the DHB itself, from local politicians, community groups, the media – and from nurses in NZNO.

Nurses have helped to force change once, and we will again.

Finally, we’re going to hear later this morning about the future of primary and community healthcare delivery in Top of the South. The title of the discussion document produced by the Top of the South Health Alliance which underpins the coming shifts, “Challenge and Opportunity”, accurately sums up the situation for nurses.

As the document mentions, the challenges and opportunities are being shaped by the updated Draft New Zealand Health Strategy. This draft is currently before cabinet, awaiting final changes and approval.

But the version released for consultation late last year makes it plain why we must be a force for change here, too, to influence the health of our communities.

As the NZNO submission noted, the familiar language of public health can be found in the Draft Strategy – especially near the start. It talks about “equity”, “people power”, “clinician-led collaboration”.

But this familiar language conceals an “unrealistic framing of inequity which is expressed almost entirely in terms of ethnicity and overlooks poverty, location, access to health care and other factors leading to health disparities”. You may be aware that Nelson Marlborough DHB is set to lose millions of dollars next year due to similar thinking around the population-based funding formula.

The Draft Strategy also reflects a “dominance of IT ‘solutions’… Overreliance on IT risks exacerbating inequity and diminishing the role of [nurses], unless alternative opportunities for establishing therapeutic relationships are available”.

Above all, the Draft Strategy radically advances a commissioning model, one based on contestable funding and competition by public and private providers for service contracts which reward a narrow range of outcomes. Although it has escaped the notice of most commentators, the same radical thinking is unfortunately present in the recently-released review of Child Youth and Family.

“The experimental social investment model proposed by the Strategy… risks destabilising Aotearoa New Zealand’s universal public health system, and potentially moving it towards an insurance-based health system”, like the United States. But while the updated New Zealand Health Strategy opens the door to “devolving State provision of services to community and private providers”, it is up to us whether we go through that door.

In the feedback captured by the Working Groups and contained in this Top of the South Health Alliance document, I can see the impact of nurses. You are visible in the sections headed, “Our ideas”, “Big ideas”, influencing the design of primary and community care. 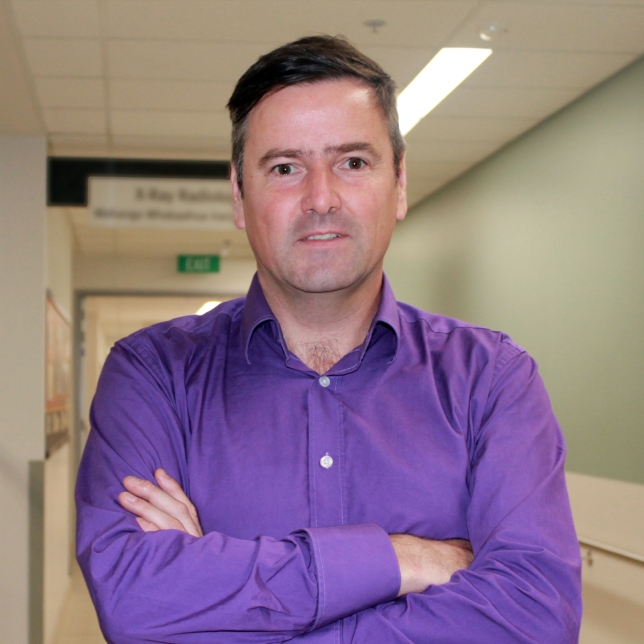